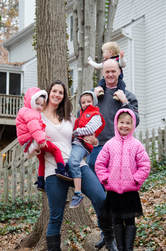 She and her Marine, Garrett, have four children. Kelly considers herself a Stroller Warriors success story. She would not have considered herself a runner prior to joining Stroller Warriors and has now done more races than she can count including trail ultra marathons. Her longest distance race to date is a 50 miler. ​Stroller Warriors helped Kelly find a love of running and fitness, which has taken her on a quest for knowledge. She is currently an ACE Group Fitness Instructor who teaches HIIT and an RRCA certified Running Coach.

Kelly's goal is to continue to spread Stroller Warriors to installations around the world to help military families and benefit charitable organizations. 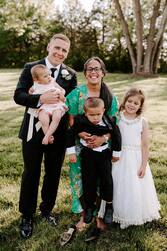 ​Rose loves running all distances, especially with Stroller Warrior friends!  When she is not running, you can find Rose either hiking a trail, throwing down the weights in her garage gym, reading about history, or traveling- all with her fan club (aka her family) in tow. 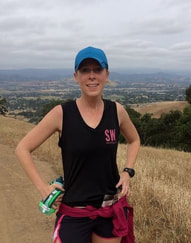 ​Angel
Angel has been a Stroller Warrior since 2011.  She and her Marine, Levi, have two beautiful daughters.  She fell in love with running when she realized it was an excellent coping tool for the constant chaos that is military-family life. Angel likes to surround herself with happy people and finds runners to be a very happy bunch (there is real science behind this!). Angel’s most recent running accomplishments include trail ultra marathons in California. 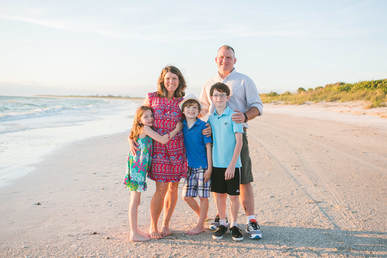 She has always been a runner starting with the kid mile runs with her parents but Stroller Warriors has made her the endurance runner that she is now.  She has run multiple half marathons, four marathons, four 50K ultra-marathons, and even a sprint triathlon.

Kim’s passion is running for a cause.  She has run for Semper Fi Fund, Apraxia Awareness, and will be running for OAR in the Marine Corps Marathon in October of 2019. 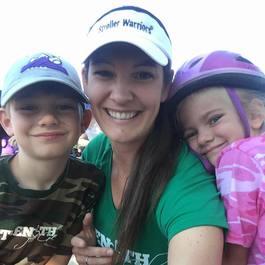 Stephanie
Stephanie is the founder of Stroller Warriors and was the CEO from 2010-2018. She was named the 2012 AFI Marine Corps Spouse of the Year for her efforts to help military families and benefit charitable organizations.. Stephanie and Stroller Warriors have been featured in Runner's World, NBC's Courage in Sports, and Military Spouse Magazine.

Stephanie currently resides in Colorado with her husband Brian and three children, Caden, Cole, and Hailey. Outside of coordinating Stroller Warriors, she enjoys running, cycling, racing, gardening, home improvement, her faith, writing, speaking at events, and advocating for special needs families. Her family fundraises annually for Cure SMA in honor of her son Cole who has Type 2/3 Spinal Muscular Atrophy. ​ 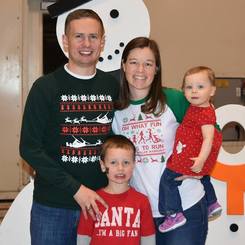 She and her Marine, Nolan, have 2 children and a yellow Labrador Retriever. When she first joined SW she could run a 5k, but would have never considered a 10k, or even a half marathon had it not been for the Couch to Crazy program through Stroller Warriors. Paige took on and conquered the Couch to Crazy program during her husband’s second deployment!  Two years later, she went on to run Marine Corps Marathon 2016, at 11 months post-partum.
Proudly created by Stroller Warriors®, a Registered Trademark